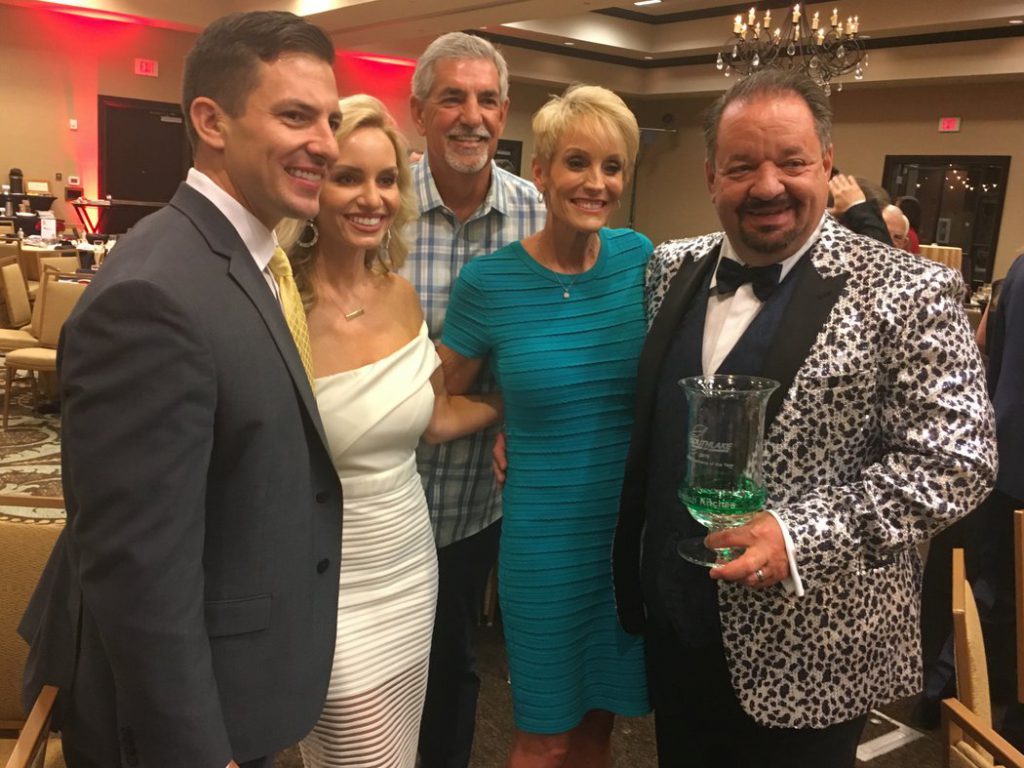 City, school and business leaders gathered together during the Southlake Chamber of Commerce’s 2019 Awards Banquet Friday to celebrate one word that defined the Southlake community. That word is excellence.

With the hallways of the Hilton Town Square packed with casino games, hors d’oeuvres, drinks, extravagant dresses and silent auction prizes, the 2019 Southlake Chamber Awards Banquet fulfilled every element of its “High Stakes in Monaco” casino-style theme, up to and including a James Bond-parody video directed by Southlake videographer Ryan Davis and starring Mayor Laura Hill as “M.”

Once the applause settled down and the auditorium quieted from all of the cheers and laughter, Hill paid tribute to the businesses that were nominated that night, stating they help make Southlake the special community that it is.

“I love our business community,” Hill states. “I tell people all the time that we have the best chamber in the entire Metroplex. The way you treat people who come into your businesses helps Southlake continue to have the great reputation that it has.”

Once the evening’s emcee, city councilmember John Huffman, concluded opening remarks, chairman Dave Garner kicked off the night’s recognitions by introducing the Chamber Awards, which were awarded to individuals specific with chamber involvement. This year’s Chamber recognitions were awarded to:

After magician David Thomas gave a stellar mid-show performance featuring illusions, card tricks and sawing a woman in half, Chamber President and CEO Mark Guilbert came on-stage to present the next set of Community Awards. These awards included recognizing the outstanding Southlake youth, volunteer, civic group, small and corporate business and the highly-regarded citizen of the year.

The 2019 program also introduced the new Legacy Award, which commemorates a Chamber member that has been actively engaged and supportive to the community for several years.

The 2019 Community Awards were awarded to the following.

Guilbert states that Texas Health Hospital president Traci Bernard deserved the highly-coveted citizen of the year award for her unparalleled efforts in making the city a better place for everyone. Fundraising a successful $2.5 million capital campaign to build a new GRACE office in Grapevine and leading the Texas Health Hospital to win several prestigious awards for health and hospital care, Guilbert expresses Bernard leads by example by volunteering her time, talent and resources.

“When you think about the definition of a citizen of the year, Traci Bernard is the perfect example,” Guilbert expresses.

Bernard expressed gratitude to the Chamber for recognizing her as Citizen of the Year, but she paid greater mention to her husband and her team over at Texas Health that allows her to accomplish the work that she does.

“Everybody in this room is amazing and probably deserves this,” Bernard expresses. “I love Southlake, and I love what Southlake is about.”